Highly respected and much loved by patients, students and colleagues, Eugene LaBarre, DMD, MS, is undeniably deserving of his recent honor, the 2019 University of the Pacific Distinguished Faculty Award. Former student (now colleague), Dr. Cindy Lyon ’86, associate dean for oral health education, captured his essence, “He’s such a thoughtful, unassuming servant-leader and one of the best role models of what special things can happen when you bring together head, heart, hands, a generous spirit and sincere conviction to patient care and student education.” Throughout his extensive and productive career, LaBarre has contributed to the Dugoni School of Dentistry in a myriad of ways including course content creation, fundraising for local and global service initiatives, chairing numerous committees, garnering many awards and—most significantly—teaching.

A product of a Bronx, New York mother and West Virginian father, LaBarre considers himself “an unusual cultural amalgamation.” After moving around as a child, his supportive upbringing led him to Harvard University where in addition to his pre-med studies he was a member of the crew team. Inspired by his father and grandfather, both dentists, LaBarre knew from a young age he would likely pursue a career in health care. On visits home from boarding school, he had become familiar with how a dental practice operates by spending time in his dad’s dental office in Marietta, Ohio.

LaBarre first got the idea to teach while at Tufts University School of Dental Medicine, which he described as a place where “the culture of educational Darwinism weeded out the weak.” As the course material came naturally to him, he tutored his struggling classmates in his free time and found the experience gratifying. After graduating, instead of private practice, LaBarre headed to Temple University to teach full-time. His first assignment was tricky. He was partnered with a cantankerous old-guard professor who employed punitive educational practices. LaBarre had to tread lightly, balancing a relationship with his senior colleague while finding ways to help and encourage students rather than malign and frustrate them. His firm but quiet style prevailed and the students felt like the sun came out for them when he inherited full rein of the course.

In every role, Gene has always represented the very best of our profession. — Dean Nader A. Nadershahi ’94

After teaching for two years, LaBarre was ready to learn more himself. He attended what he describes as “the rich creative environment” at University of North Carolina School of Dentistry, to earn a master of science degree and a certificate in prosthodontics. This began a lifelong curiosity and passion in the areas of prosthodontics and dental materials. He arrived at the Dugoni School of Dentistry to teach in 1981, during a period he calls “a revolution in dentistry.” It was an exciting time in the field, and he was placed on the school’s first implant team, so he was immediately involved with innovative materials and processes. He has enjoyed watching and contributing to the developments in the prosthodontics specialty and witnessing the introduction of cutting-edge techniques, which he brainstormed with entrepreneurs. Digital technology has changed the arena forever, and LaBarre is thrilled to be a part of the exciting transition to biocompatible materials from “boiling wax and cooking plastic.”

While he has delivered nearly 50 scientific presentations, he describes himself as “a teacher first and foremost.” But, he explains, “part of being a good teacher is staying current and having an ear towards research trends.” Teaching for more than 40 years but still enthusiastic about his profession and his calling, LaBarre is devoted to both his patients and his students. Dr. Yan Wang, professor and assistant dean at Guanghua School of Stomatology, recalls that LaBarre “taught continuously for hours without rest and his dedication greatly moved us” while on exchange in Guangzhou, China. Dean Nader A. Nadershahi ’94 describes him as “dedicated to his fellow humans, one who connects with others and goes into the community and creates opportunities for service.” Nadershahi adds, “In every role, Gene has always represented the very best of our profession.”

Numerous nominators for the 2019 University of Pacific Distinguished Faculty Award repeat the same accolades when describing LaBarre. Graduates from the Class of 2019, Drs. Michelle Fat and Hannah Fox, testify that he is incredibly skilled at communicating with patients, has an unwavering commitment to excellence and quality, possesses seemingly limitless knowledge and serves as a powerful and thoughtful mentor. As a natural teacher, LaBarre is known for his commitment to mentoring others. Dr. Lola Giusti, adjunct faculty member at the Dugoni School of Dentistry recounts that, “Gene spent many selfless hours mentoring me and other faculty members in his department.” His supporters mention the phrase “head, heart and hands” in describing Dr. LaBarre because he epitomizes an extraordinary educator with vast knowledge, deep care for patients and very skilled artistry.

After 37 years of teaching at the Dugoni School of Dentistry, 21 years as chair of the Department of Removable Prosthodontics and more than 15 years as director of the Faculty Practice, LaBarre still sees patients one full day per week. For fun and leisure, he enjoys the outdoors, especially hiking, backpacking and camping. 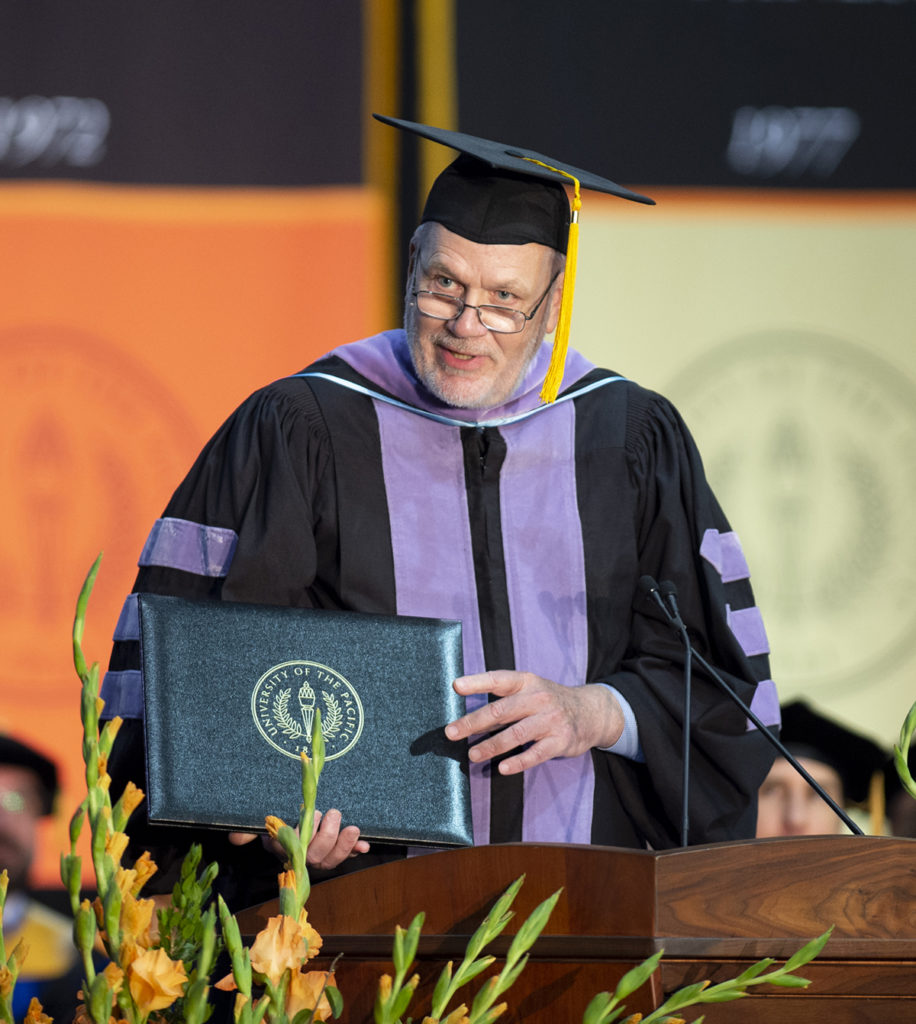 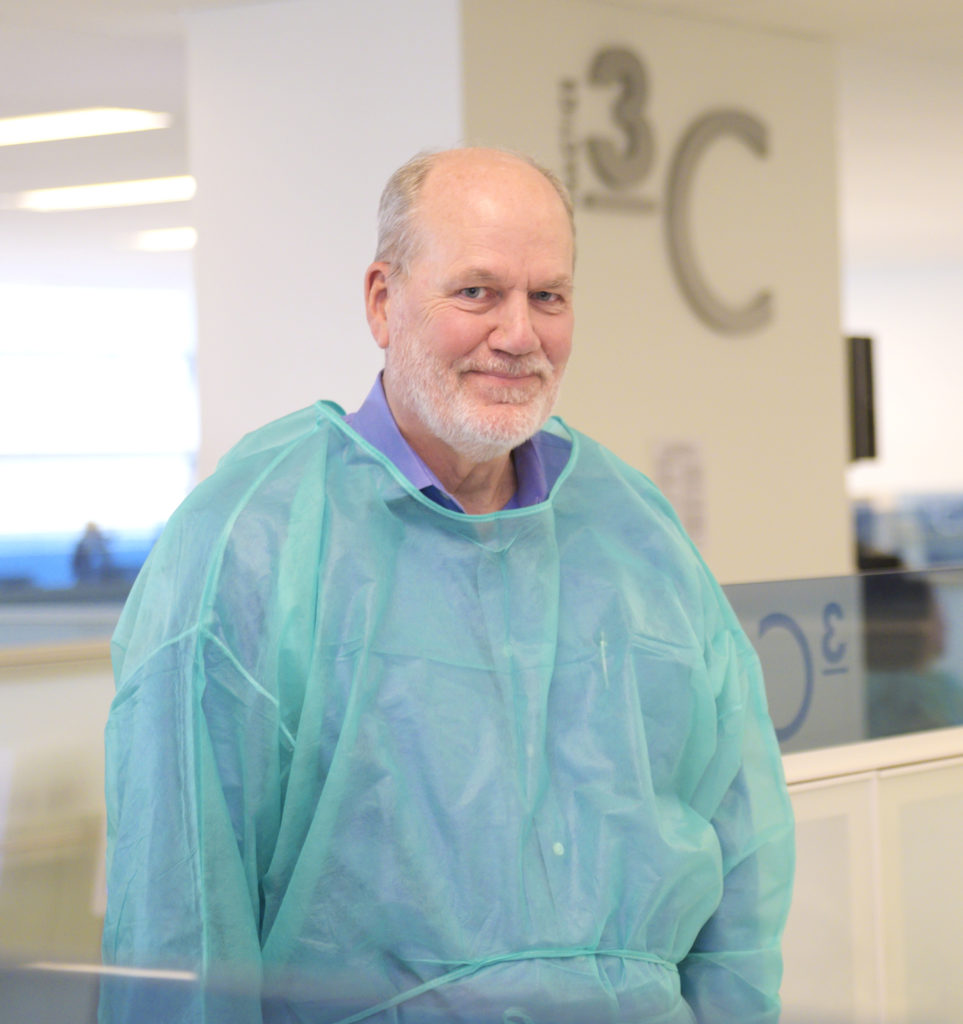